These are terrestrial slugs of medium to large size reaching over 170mm in some species. The body is lanceolate or leaf-like in shape when extended or flattened, or semi-circular in cross section although when retracted, it can be almost circular in outline.

The dorsal surface is divided into three separate regions: the cephalic shield, the triangular mantle bearing a large pneumostome] and the notum.

The shell is internal and greatly reduced consisting of scattered fragments or granules of calcium. 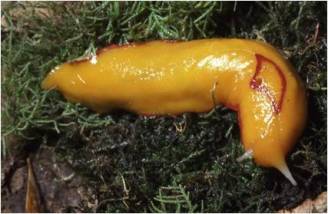 Body colour is highly variable and may range from grey to green, cream, yellow, orange, red or pink.. This background colour is usually overlain with a brilliant red, orange or pink border lining the triangular mantle (hence the common name- Red Triangle Slug], the edge of the foot and sometimes running down the mid-line of the body. Juveniles exhibit very different colouration and patterns to adults, generally lacking the red foot and triangle, instead having three prominent longitudinal black stripes down the body. 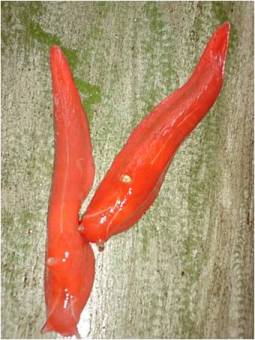 Anthoracophorids possess a single pair of optical tentacles which retract but do not invert as in other pulmonates (except the Succineidae).

They are oviparous and the egg are soft, spherical and laid in a small cluster.

Species are herbivours feeding on biofilm, algae and fungi growing on tree trunks and the forest floor environment where they live. Their wriggly feeding trails left on smooth eucalypt trunks and rock surfaces are distinctive.

The Anthoracophoridae ranges from eastern Australia to Irian Jaya, Papua New Guinea, New Britain, New Ireland, the Admiralty Islands, New Caledonia, Vanauatu, New Zealand and some subantarctic islands with a total of 76 species recorded. Only one genus [and species] is currently recognised in eastern Australia. 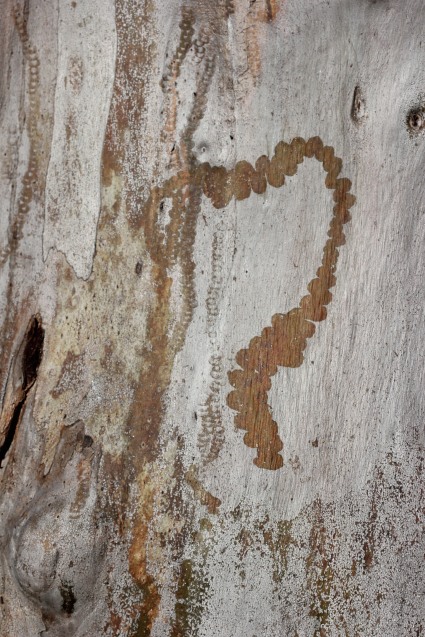