Snails hatch from eggs and are born with a rudimentary shell.

The protoconch or embryonic shell has a different sculptural pattern to the rest of the shell. This is the part of the shell the snail has when it is born. 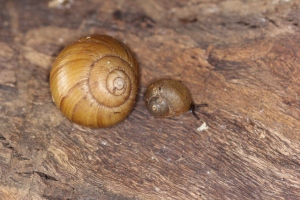 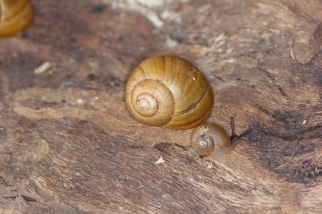 This shell grows with the snail. As it grows, the number of whorls increase. In many groups such as camaenids and pupinids, the adult snail shell has a reflected or thickened lip after which no further growth occurs. As a general rule, adult growth is achieved at 4.5 to 5.5 whorls. Semi-slugs have fewer whorls.

However, other snails such as charopids [pinwheel snails] and  helicarionids [glass-snails] display non determinate growth and have the ability to keep adding to the shell after becoming adult in a phase known as gerontic growth. 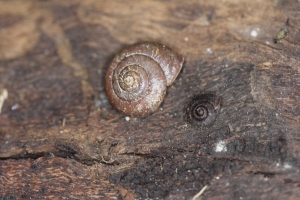 4 thoughts on “Are snails born with shells?”