Heliculture is the raising of snails for food. Snail meat is a rich source of protein with no cholesterol. Snail eggs are considered to be snail caviar or escargot pearls. Already stocked in tiny cans by Harrods, the tiny pearl-like eggs have been used in banquets for wealthy Romans, Egyptians and Greeks for centuries.

None of the larger species of eastern Australian land snail would appear to be suitable for the table. Cooking experiments conducted by a certified chef on a number of the larger camaenids showed that the native species presented poorly after cooking. The chef was quoted as calling the result, ‘a black blob’.

also know as Le Petit Gris [the little grey] by the French, is the most suitable candidate. Served in France, along with numerous other species, this is a pest of local suburban gardens. Cooking them for your next dinner party is an excellent way of reducing the population while honing your culinary skills!!

However, some care needs to be taken when collecting in areas using snail baits and where noxious plants are growing.

Snails should be hand collected and fed on a diet of dried bran or starved for a week before preparation to allow them to clear their gut of any potentially harmful plant material.

The method used by ‘the snail whisperer’ to prepare the illustrated dish of 24 snails is as follows:

1. Hand collect adult snails (identified by their thickened shell lips) and feed on a diet of dried bran or newspaper (alternatively, starve them for a week) before preparation to allow them to clear their gut of any potentially harmful plant material or molluscicide residue.

2. Drown snails overnight in an airtight container of water to partly relax them out of their shell. They will still be attached to the shell by the columellar ligament but will be extended for ease of handling.

3. Remove snails from container and vigorously rinse under cold water in a colander in order to remove excess mucus and other impurities.

4. Place the snails in boiling water for 2-3 minutes (no longer). This loosens up the columellar ligament which attaches the snail to the shell. Do not overboil because this can toughen the meat. Quickly drain and return snails to the colander and flush with cold water to cool.

5. Pop snails from shell with small dessert fork and return snail meat to colander for a further rinse to remove any broken shell particles. The shells of Le Petit Gris are fragile and not suitable as serving receptacles for the snails unlike those of the traditional Roman Snail. If the shells are needed for decorating the plate, care must be taken when popping.

6. In a shallow frypan heat butter (or olive oil). Strong tasting vegetable oils are to be avoided.

7. Place snail meat in heated butter, add vegetable stock (powder preferred) instead of salt to taste, a cup of red wine and a teaspoon of crushed garlic. Cook for 2-3 minutes, turn off heat and let rest for 2-3 minutes. 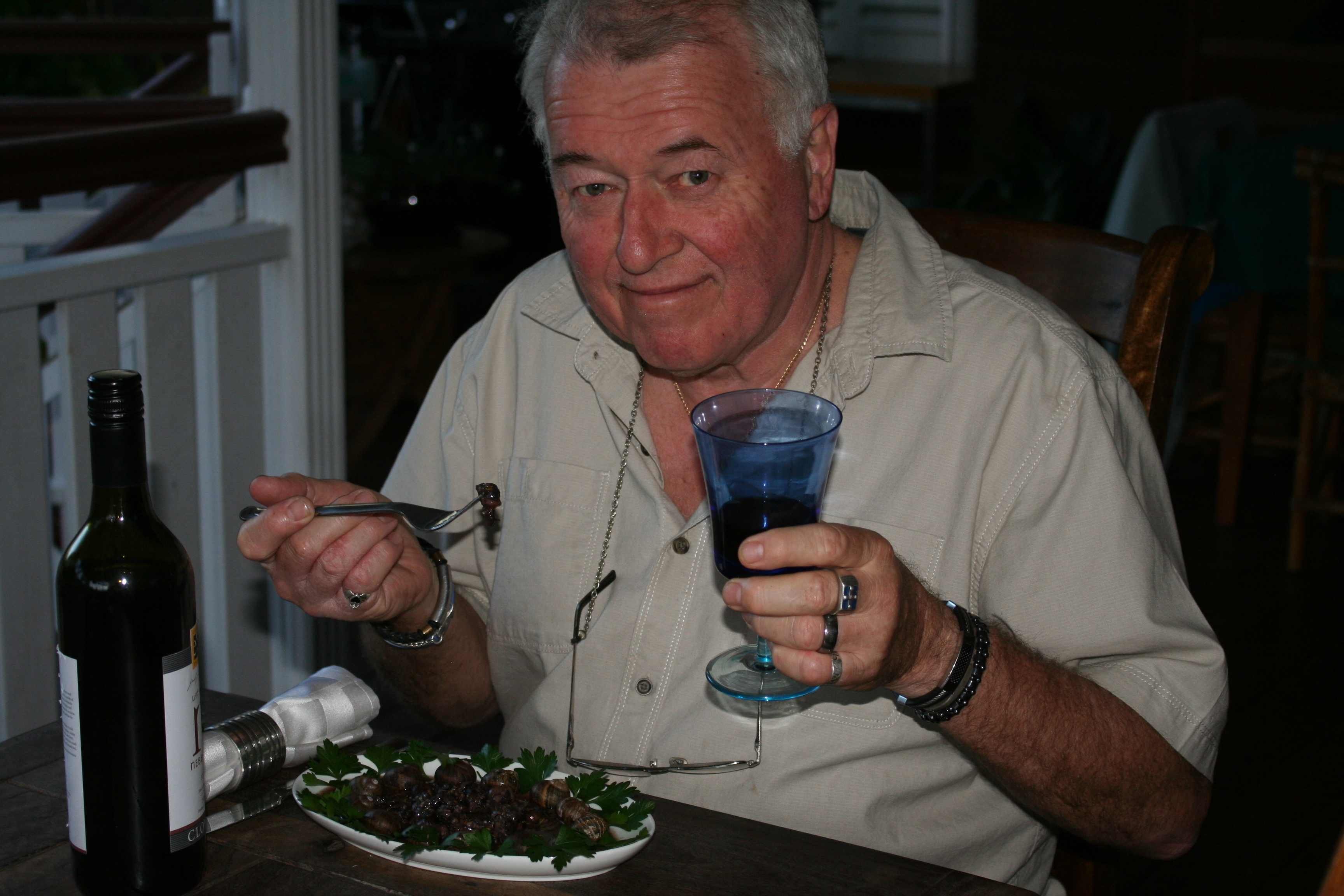 8. Plate up, spoon over pan juices and garnish with parsley. The snail shells, if not too badly damaged, may be used for additional decoration.

Other recipes can be found at

For those who prefer to purchase snail meat, there is nothing better than the Snail Farm at the Glasshouse Mountains, Glasshouse Gourmet Snails. This is the first and only commercial snail farm in Queensland, Australia. 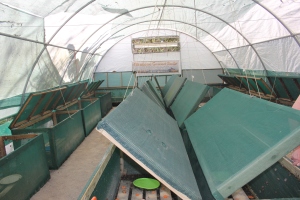 growing snails in captivity. Visitors have the opportunity to wander around the gardens, feed the fish in the dam and generally enjoy the quiet relaxed atmosphere of Snails Pace Retreat.  The farm supplies Brisbane Cooking School, retailer and wholesaler Black Pearl Epicure with the meat.

Sunshine Coast University is researching the properties of snail serum which does appear to have healing powers.

Today, snail slime is used in human cosmetics. Snail slime was once used as medicine from Ancient Greece to the Middle Ages -internally against gastrointestinal ulcers and in the form of syrup to soothe a cough. See a snail facial in action here.

Image: The Daily News, Get Me This January 6

Enjoy this article on a review of snail based cosmetic creams. Does Snail Cream Make Wrinkles Escargot Away? Disclaimer: The Snail Whisperer does not promote or support any views on this issue. This link is purely for interest.